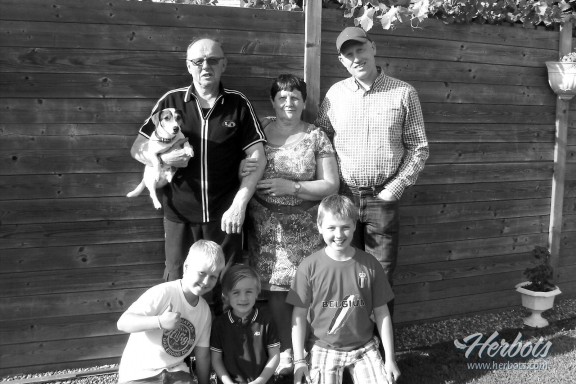 Hok Demely Liliane from Moorsele , consisting of Filip Vanneste, wife Liliane and son David Vanneste, is a rock-solid season! Each year exploits these colony there in one or more provincial victories to pick up, in 2014 This is no different! The colony was originally founded by Gerard Vanneste, the grandfather of David Vanneste and father of Filip. After the death of Father Gerard Vanneste, the pigeons total sold. It was 1988 and it was one of the best auctions of the eighties. Son Filip, moved in 1989 to Moorsele and began in 1990 to play again with the pigeons, together with his wife Liliane and son David. Filip and David who are busy running a family business in interior design, Therefore, Liliane de pigeons under her wing and one plays also under her name.

Successful input with the Rad-pigeons!

In 1989 pigeons were procured from the strongest milkers from the province of West-Flanders. With success because from these investments came top pigeons on as the "Jacko" and descendants of the "Jacko". Pigeons that could win a 1st provincial, but the offspring brought no longer results as before, There was decided to again reinforcement at retrieve ... One of the best players at that time was John Rabe from Passendale. Filip & David had already hear a lot about his super pigeon the "Gale". Long was not doubted and there were immediately boy ordered straight from the "Gale" x "Wendy" as well as from 2 sons of the "Gale". The boy of the third round were in 1996. From these pigeons were 6 boy bred and immediately there was a hen at that very good flew as young, and super as a yearling and old pigeon with 8 first prizes as a result. This came from "grandson Gale" x "Daughter Gale" . Because it is so good I really couldn't with the Rad-pigeons, are they something go dragging in every year since then from the toppers of Loft Race.

"Freddie" issued during the full season as 1st went in the basket... But the week for Chateaudun there were some pigeons for him on Fontenay and he lost his preferred place .... He was third to take revenge but knew basketted pigeon for Chateaudun on his boss and came like a bullet home. The rash on the way, was to frame one for in Chateaudun: Local – 267 pigeons : 1-3-4-15-40-43-49 and 7/8

Grandfather: BE00-3277207, "Son Flash": a son from the super couple "Flash" x "Wendy". The "son Flash" is brother of the 1st Prov. ACE pigeon: the "' Favori ' with twelve first prizes and half brother of three other provincial ACE birds including the" Super crack ", the "Emperor" and the "Figo". He is also the half-brother of "Small Figo", who is the father of the supers ' Cannibal ', the "Church dove ' and many other toppers. 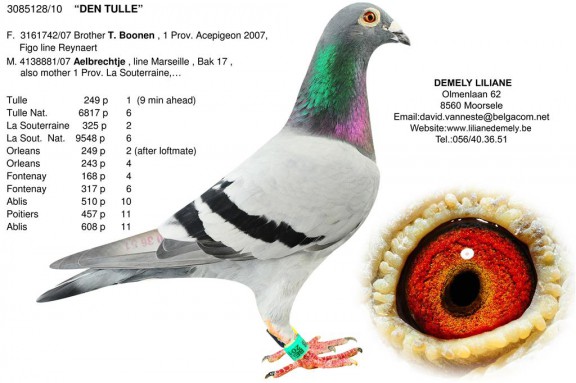 A few weeks after the provincial victory of "Mike" was again bingo! This time it was a half-brother of "Josephine", that brought home the palm. This pigeon was not and already has a great palmares flown together! 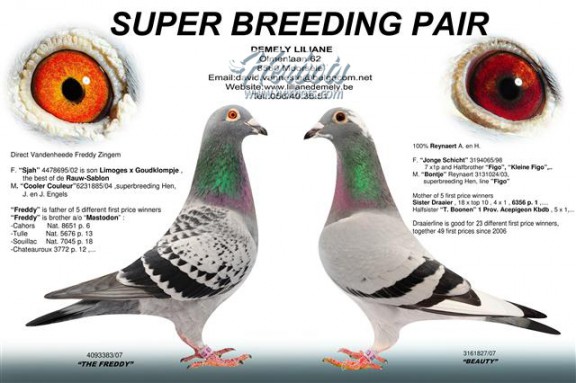 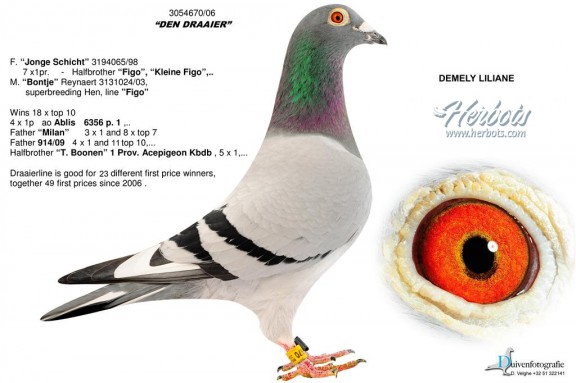 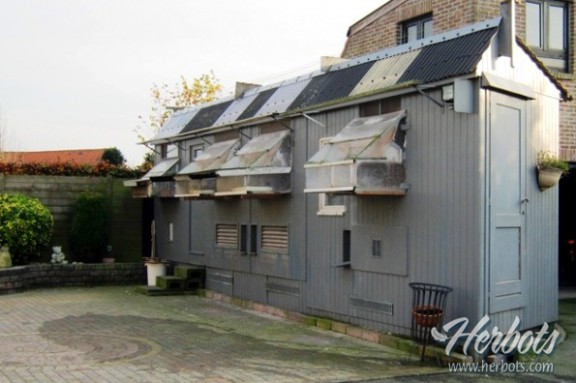